An integrated branding project that combines traditional and cutting-edge concepts in a laid-back fashion.

Señor Martín loves The Sea. And The Sea loves Señor Martín. This is why she gives him her most-prized treasures: the freshest fish and seafood, consolidating his reputation as gourmet fishmonger wherever he goes. With his project "El Chiringuito," he is now looking to offer his quality product in fresh surroundings.

To convert an everyday part of Spanish cuisine such as fried fish and chiringuitos (beach bars) into a cutting-edge, upmarket environment.

Sr Martín did his part by providing the best raw ingredients. Baud was in charge of the identity.

The tone of El Chiringuito's communication aims to encourage our emotional response to the sea, summer and quality fish.

CREATING A MODEL THAT CAN BE REPLICATED

A lot of care was taken to highlight each detail. We created a model that could be replicated so " El Sr. Martín" can expand in the form of international franchises

WORKING WITH THE BEST

We worked with the collective Boa Mistura for the wall illustrations

The interior design was carried out together with Marta Banús 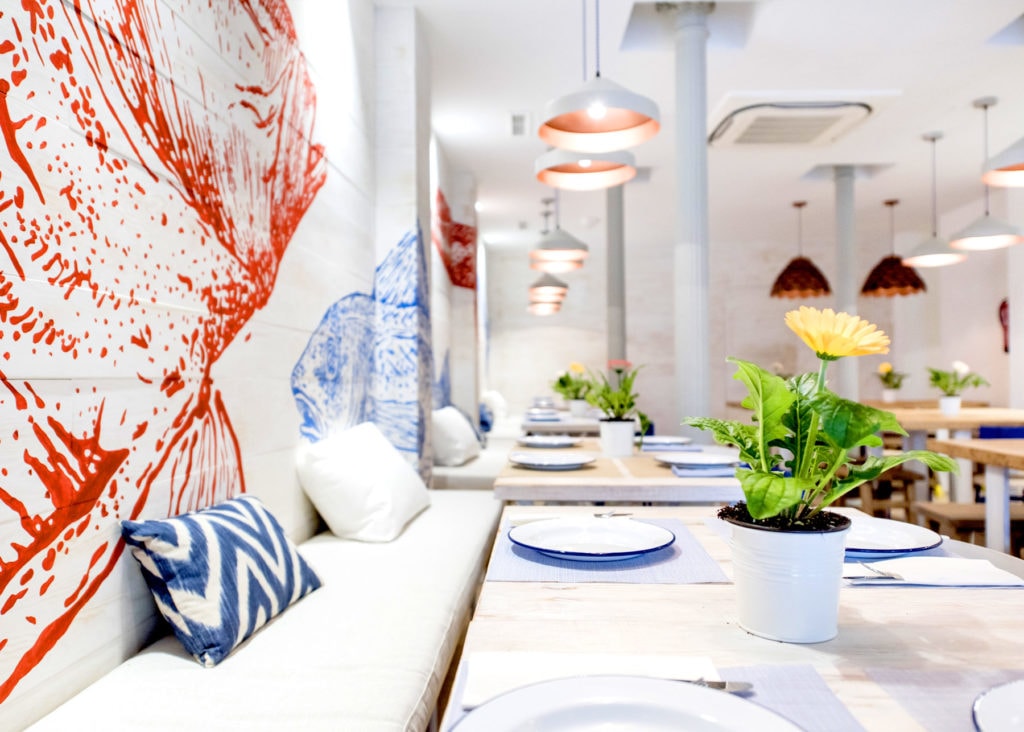 To promote El Chiringuito, different activities were developed such as the food truck featured at the event Madreat and various pieces of local communication. 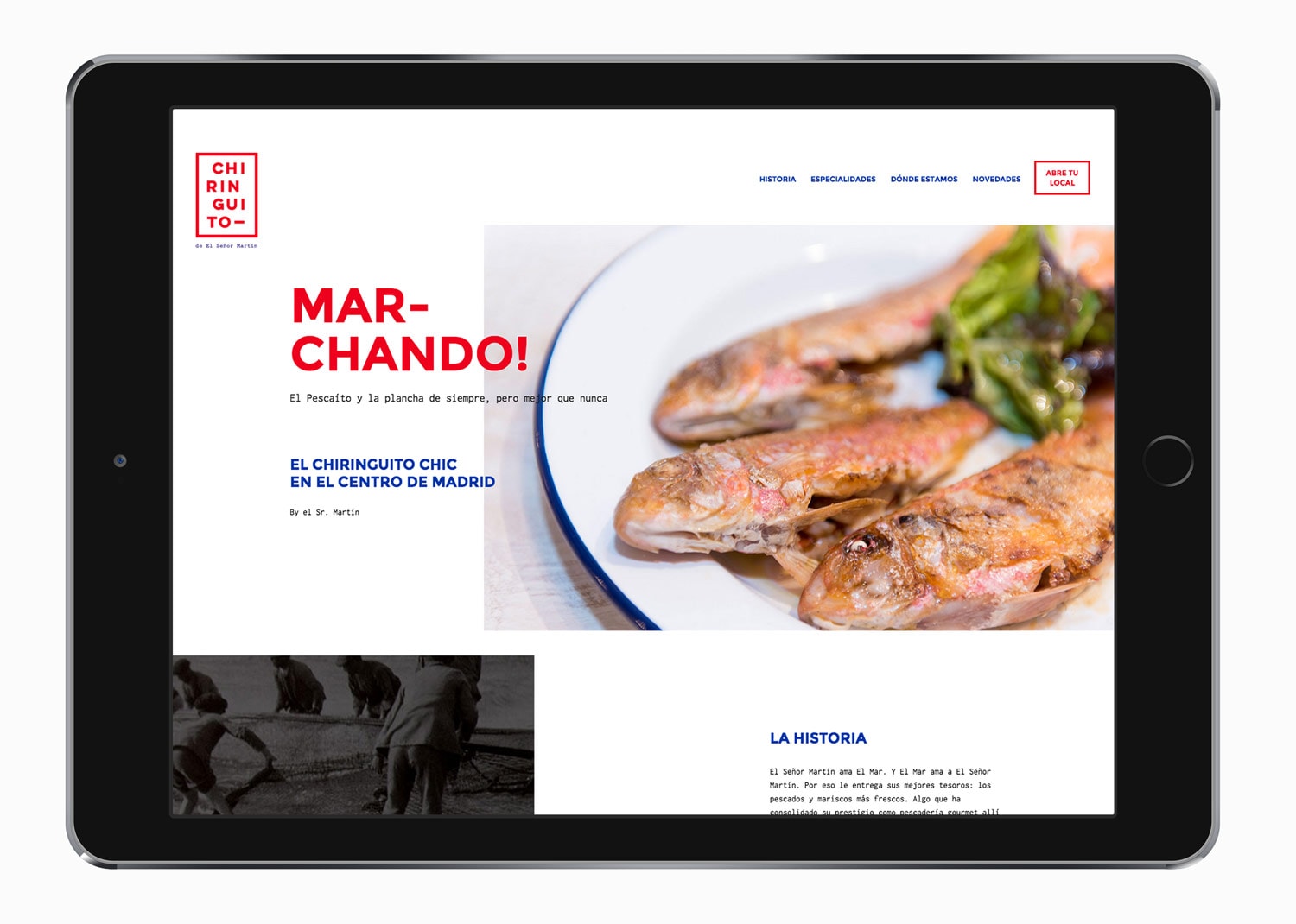 Every day, El Chiringuito del Sr. Martín appears in the national press as a prime example of "Slow Fast Food."